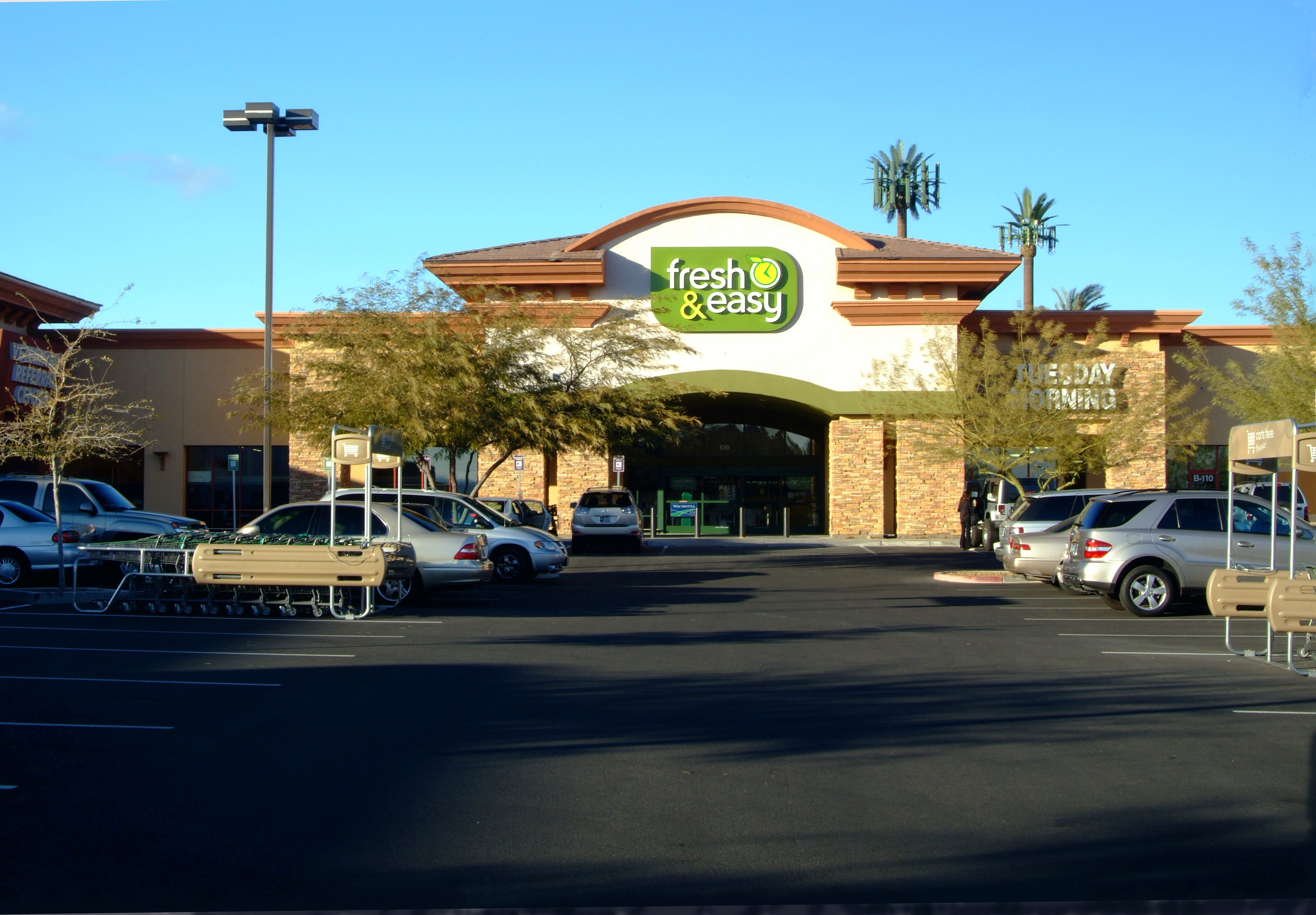 4Site Advisors was retained by the North American arm of Tesco PLC, one of Europe’s largest grocers. 4Site was initially hired to manage the transition from a developer-driven real estate growth model to a self-development model for the Fresh & Easy Neighborhood Market grocery concept. Fresh & Easy was similar to a Trader Joes in size, with the majority of offerings being a private label.

4Site’s involvement successfully transitioned the UK grocer away from a high-cost standard whilst growing the rapidly changing concept organically, saving Tesco tens of millions in expense during the 5-year assignment.

Tesco opened the first stores in 2008 after targeting the initial markets in Phoenix, Las Vegas, and California. The initial stores did not meet internal sales projections, so Tesco modified each element they could to see what worked: modifying SKU’s, store size, interior design, recipes, packaging, and processes.

On the property side, initiatives such as value engineering, direct-buy purchasing, spend analysis, cost audits, and energy credits were key value propositions. These were implemented without slowing the aggressive new store opening program, which was key for their profitability. This became a classic case of building the airplane in the air.

Tesco created Fresh & Easy Neighborhood Market as a new retail grocery concept with many innovations. The store had no cashiers to check out customers, was a largely private label, and had a large selection of prepared meals from their own central kitchen. New grocery entrants typically take 5 years to see adoption, but Tesco had little time for the American consumer to become devoted because of the large investments in a centralized kitchen and distribution center.

Throughout the next two years, Tesco purchased land and signed leases on new locations without fully vetting the concept or customer profile, leaving them with too many unsuitable locations. When they finally understood store performance metrics, they had a 150-unit store count and a rollout of another 200. The business elected to mothball some locations and initiate two smaller store format sizes to further the store count in urban core areas.

These decisions- in addition to décor updates, equipment revisions, and SKU swaps- tested the change management system. Working with several platforms and careful mapping of processes, we implemented technology that enabled the design team and construction teams’ immediate access to changes affecting their project. Stakeholders could tell which changes occurred at which stores and how much spend on each. Post opening audits were conducted to ensure capital expenses were correctly allocated.

4Site Advisors brought proficiency to alleviate bottlenecks for this complex multi-state grocery store rollout. Four real estate developers used their own systems and tools to oversee their projects, creating a challenge in project management. Each had their own methods of retaining data, controlling costs, and communication.

4Site collected these methods and, working with internal and external resources, mapped processes, and distilled the best-practices to incorporate as the corporate standard. The technology and standards deployed were designed to ensure measurable success and are still in use in other build programs.

Interested in learning more?
Contact us for our white paper revealing the value of Build Program Services.
(303) 872-8143  |   jcraig@4siteadvisors.com